How much do you know about Vannamei Shrimp? 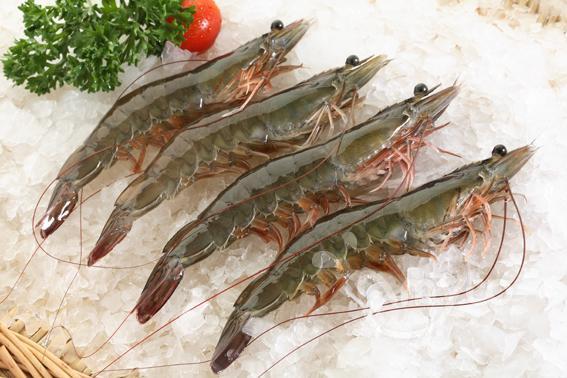 It can grow to a maximum length of 230 millimeters, whose carapace length can be 90 mm. The juveniles live in estuaries, while adults live in the ocean, commonly at depths of up to 72 meters. The rostrum is moderately long, and the dorsal side of the shrimp is from 7 to 10 teeth and ventral side is from 2 to 4 teeth.

With the eastern Pacific Ocean as its native place, Vannamei shrimps spread from the Mexican state of Sonora as far south as northern Peru. However, they have to be restricted to areas where the water temperature remains above 20 °C all the year around.

In 2010, the whiteleg shrimp was added to the seafood red list by Greenpeace International, which is a list of fish that are commonly sold in supermarkets in the world and have a very high risk of being caught from unsustainable fisheries. According to Greenpeace, the reasons why it is added to the list are that vast areas of mangroves in several countries are reduced, juvenile shrimp from the wild is overfished to supply shrimp farms and is significantly abused by human. Meanwhile, in the saltwater reef aquarium, working as a kind of delicious food, young vannamei shrimps are acted as live food for invertebrates and fish, particularly when picky eaters start to eat in a new tank. Moreover, in the main display tank, vannamei is usually put into the aquarium’s refugium so that aquarists can easily raise the shrimp as food. 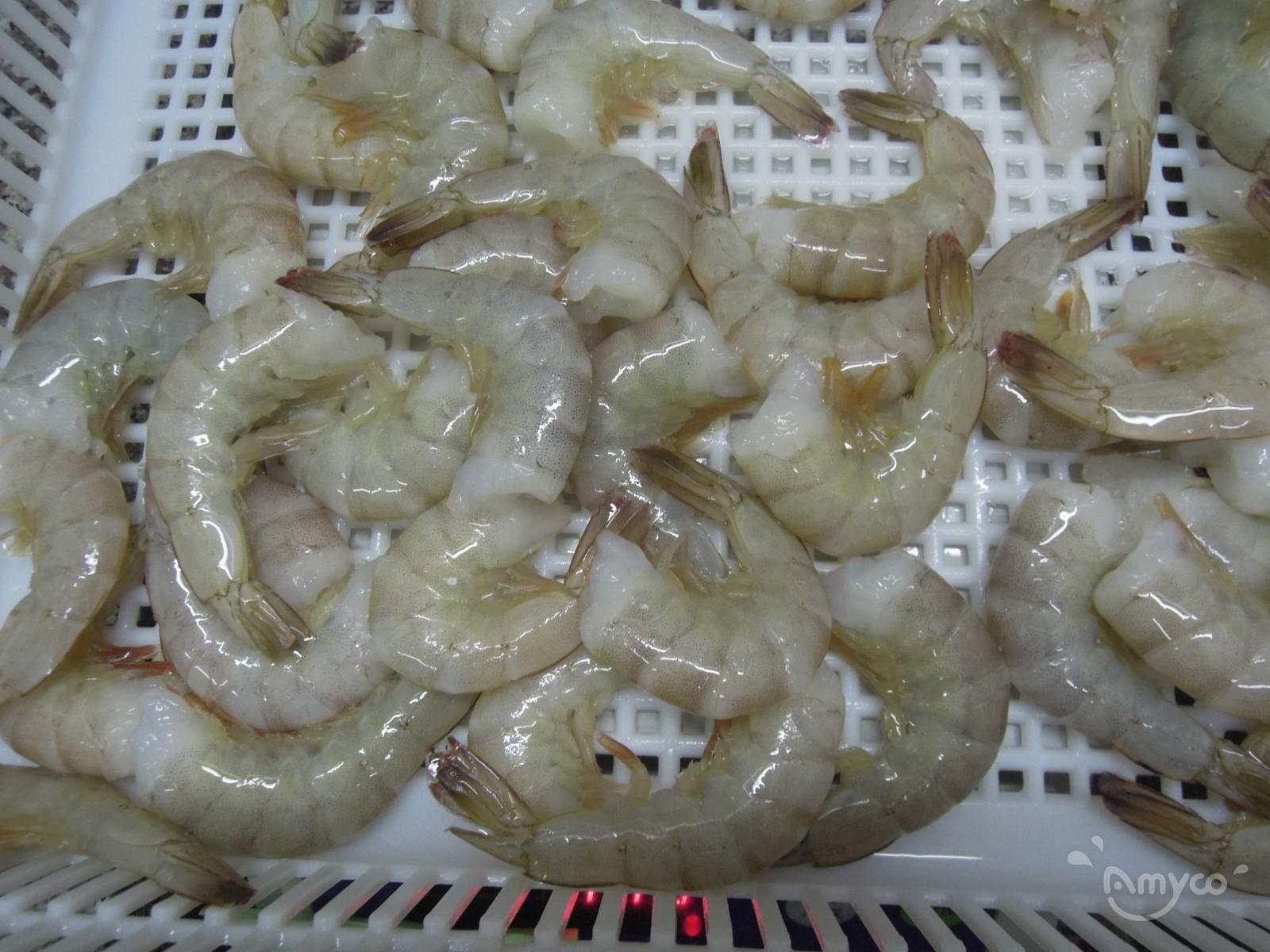 During the last few years, the culture practice of vannamei shrimps has been conducted in many costal areas of India. At the moment, it accounts for 90% of total shrimp culture. Compared to Penaeus monodon, vannamei shrimps grow at a faster rate and in a shorter period. As a result, in several countries, vannamei shrimp can be worked as an alternative to Penaeus shrimp farming.

In West Bengal, the ponds for farming the vannamei shrimps are usually in small sizes ranging from o.1 Ha – 0.3 Ha water spread area, most of which doesn’t have the separate water inlet and out let systems. For the newly excavated and developed ponds, their bottoms are dealt with high dose of lime powder about 400-500 kg per hectare area. After harvesting, the bottom can be dried and cracked so that the capacity of the hydrogen sulphide can be promoted and the micro or macro organisms or other predators can be eradicated. With regarding the saline water, it flows into the pond by pumping after fine filtration systems and the filled water has specially treated with Chlorine, minerals and other elements. At the same time, some biosecurity measures such as bird netting and crab fencing are conducted in some farms.

When shipped from hatcheries to culture ponds, the post larvae should be put into the ponds where the stocking density of shrimps is usually in range of 70-100 in one square meter. As for feeding the shrimps, farmers usually take the combination of broadcasting and check tray method as their strategies. Routinely, vannamei shrimps are fed in four times a day according to the feeding companies.

The water level of the culture pond shall be maintained between 1 meter and 1.3 meters through ingesting water from the near saline creek. Aeration shall also be paid high attention to so several paddle wheel aerators are installed in different corners of the pond, which operate about 8-12 hours each day during the entire culture period in order to achieve the purpose of ventilation. At the same time, the dissolved oxygen in the water can also be increased with the creation of water current.

Weekly sampling is necessary since farmers can know the shrimp health, growth and survival through it, which can be carried out during the early hours of the day. Each shrimp shall be observed and assessed in the aspect of weight, healthiness, diseases or infections. When the shrimp production reaches about 12 tons one hectare, farmers can harvest the shrimp which are washed in fresh water before being packed with ice and sold according to their count and size.

In a world, the shrimp survivals and average body growth depend on the size of the pond, stocking density and ventilation. Through investigating the culture practice, we can see that in order to better culture shrimps and maintain the sustainability of the industry, extensive training program shall be carried out for farmers. 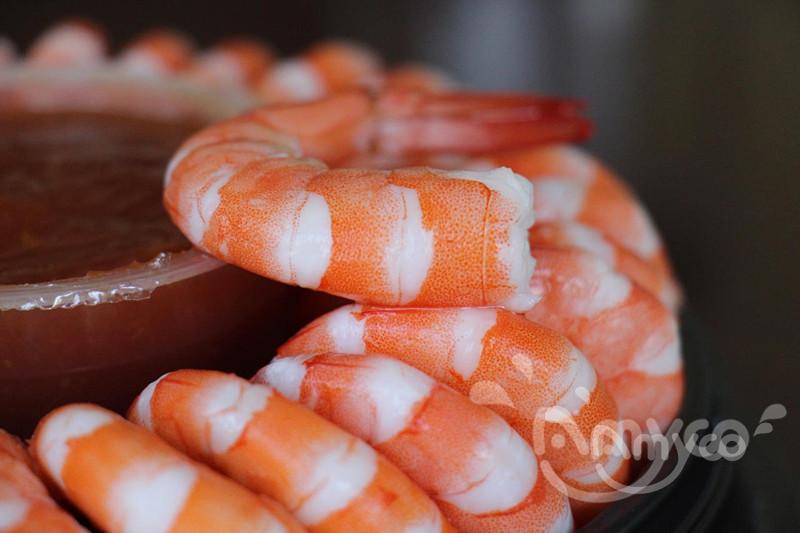 According to the categorization of grading, color, presentation and uniformity, vannamei shrimps are sold frozen at different prices. Commonly, they are sold whole and at times, only the meat of the shrimp is sold.

As with other seafoods, vannamei shrimps are rich in iodine and protein but low in energy. At the same time, it also contains significant cholesterol and since it lacks high levels of saturated fat, shrimps are usually considered healthy. With regarding its cuisine method, it can be fired or stewed with other vegetables or preparing sushi. However, since the vannamei shrimps belong to the most common food allergens, some people may not have a chance to taste it and they are not kosher, either, so they are banned in Jewish cuisine.

To conclude, as a sort of eurythermal and euryhaline tropical prawn, vannamei shrimps can be caught wild or cultured and it also a god-given food for health and fitness.

The Shrimp We Can Supply

a. Frozen Head On Shell On Shrimp HOSO