How popular is tilapia fish? 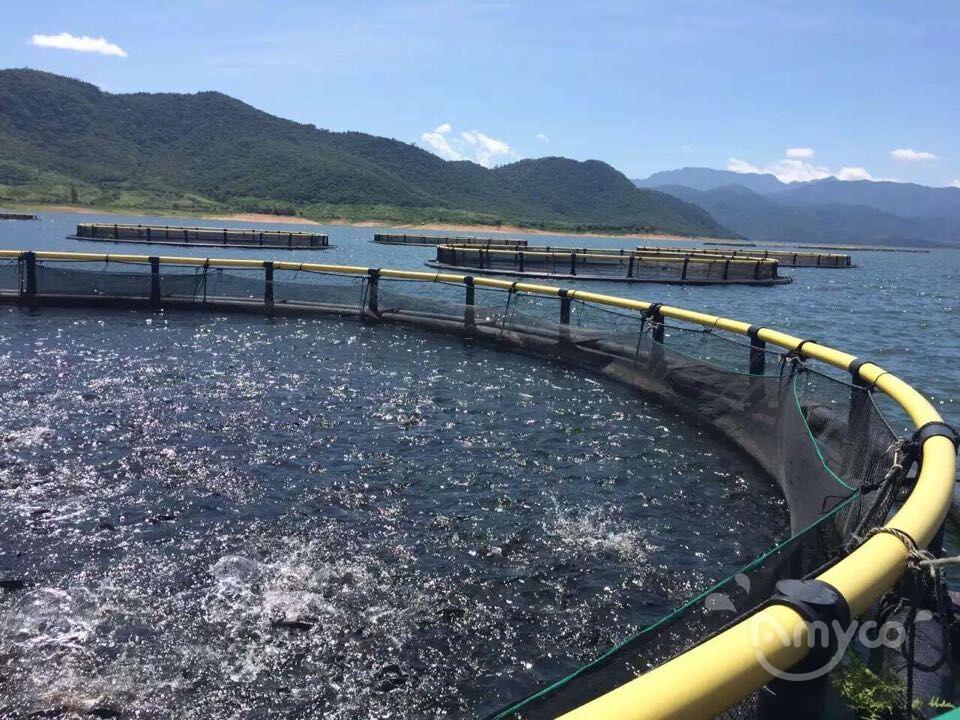 Once considered a lowly, muddy-tasting fish grown in Third World countries, tilapia are now farmed in dozens of countries (in ponds and tanks) and subjected to rigid quality-control standards. The result is a fish that combines a mild, consumer-friendly flavor with a hint of exotic appeal. How popular is tilapia? U.S. consumption of tilapia is now higher than that of trout.

Tilapia have been farmed for at least 4,500 years; according to legend, it’s also the fish Jesus served to the multitudes (hence its nickname, St. Peter’s fish).

Tilapia are one of aquaculture’s most adaptive species. Found in tropical and sub-tropical waters worldwide, they can be grown in fresh or brackish water and thrive in ponds, tanks and cage systems.

A fast-growing species, tilapia can reach two pounds in approximately eight months (a two-pound fish will produce two 6-oz. fillets, depending on trim).

Commercially grown tilapia are almost exclusively male. Being prolific breeders, female tilapia in the ponds/tanks will result in large populations of small fish. (Typically, females are sex-reversed as fry.)

Modern tilapia operations have solved the muddy-taste problem by using tanks, floating cages and raceways, feeding their fish specially formulated diets and/or starving them before harvesting to clear their digestive tracts.

The total U.S. tilapia supply is currently approximately 36,000 tons a year and growing steadily. More then 75% of the supply comes from imported product.

U.S. tilapia growers raise about 8,000 tons of tilapia a year. Most of this fish is sold whole or live to ethnic markets in large cities.

Imports of fresh tilapia fillets have reached more than 3,600 tons, with the leading suppliers being Costa Rica, Ecuador and Honduras. U.S. imports of frozen fillets are slightly less, with the leading suppliers being China, Taiwan and Indonesia. Imports of whole frozen tilapia are considerably larger at more than 20,000 tons a year. Most of this whole fish is lower value product from Taiwan, which is sold to ethnic markets.

U.S. tilapia imports have been booming (growing almost 30% a year), due to major increases in fresh shipments from Ecuador and Honduras and frozen shipments from China.

Tilapia can be cooked almost any way imaginable. It can be used in recipes which call for catfish or sole, as the texture and flavor are quite similar. Poach, steam, roast, fry, grill or sautéed with equally great results. Whole tilapia are ideally sized for a variety of preparations, whether steamed, roasted, grilled or pan-fried. Tilapia adapts well to serving with bold flavors, especially Asian-style soy-based ginger marinades.